Final Fantasy XIV did not have an easy way. The Square Enix MMORPG debuted very badly at the time, and was only with a reformulation with A Realm Reborn when it really became a very important title for fans of the genre and also for the saga. A delivery that has not stopped growing and that gave another important boost with Stormblood. We chatted with Ishikawa-san and Oda-san, the main designers of the game's plot to learn about inspirations, difficulties and some ideas for the future. 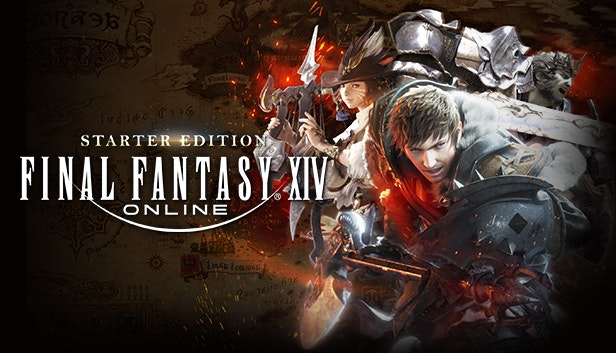 The connection with the Super Nintendo era

Although the MMORPG concept moves away from the classic Japanese RPG of the main series, it is not the first time that Final Fantasy enters this world. But no, the eleventh part of the saga was not a source of inspiration for this iteration, but much earlier deliveries: the Final Fantasy ranging from four to six, those of Super Nintendo. This is how his designers explain: "I think we have taken influence from each one of the previous games, but the feeling of adventure with friends comes from the generation of SNES, we have been very influenced by how the comrades follow the protagonist, they are exchanging according to the progress Of the plot".

About Final Fantasy XI, although they admit "being delighted" with him and having people who have worked in both titles, such as Oda, that the development of the plot "was not raised with this game in mind", although there are some details that evoke that title, like the presence of Tenzen.

The importance of history: serial format and differences with the JRPG

For many, history may not be the most important thing in the genre and become a mere excuse or gateway to what is really important: the endgame. But in Final Fantasy XIV they did not think about it that way and tried to be inspired by the series: "Yes, in our game, without wanting to compare ourselves with anyone, we have focused on the plot, but as it happens in the TV series, we try to create exciting moments for what comes later, and be very clear separating plots as if they were seasons.We tried to create a world where the story would gradually expand "and not something" that has a great boss and then a stretch of peace until another great boss arrives. "

Also, they admit some difficulties that FF XIV has and that other games of the saga do not have. "The big difference is that gender, race, etc. is not fixed for the player, and that means we can not be explicit in terms of the protagonist's background." In an RPG of the most recent they have different endings depending on the gameplay, but in an MMO that requires a great investment of time and we do not have the concept of returning to a previous save point to start over, the plot has to be more linear and marked, "they say.

When the gameplay affects the story

In Heavensward, players could fly. In Stormblood, swim. These mechanics, which provide more playable variety to the user, also have "a great impact" on the story. "When it was decided that you could fly in 3.0, the story went to the skies, if swimming had not been implemented in 4.0, we would not have seen a new race like the Kojin, Ruby Tide would not have been playable and the Confederacy ( the group of pirates) would not have evolved as it does, the gameplay has an obvious impact on the plot, "they emphasize.

Tributes, details and little more about the future

To finish, the two designers of Final Fantasy XIV also played several themes related to the title. We were not confirmed if we could visit Nym, Thavnair or Meracydia because "we do not want to lose our job yet", nor was it confirmed if Ala Mhigo or Doman Enclave could evolve as a city and it was nuanced that Tenzen's presence was "a tribute", but not a connection to Final Fantasy XI, "It's not exactly Tenzen himself." Finally, characters or enemies of the Final Fantasy saga, we were assured that they would like to put the Final Fantasy 2 Giant Beaver for its connection with the mogols, but warned, "there are no plans for this."