Trove has its own Eclipse now! It's said that there is a total solar eclipse bringing new invasions to the Shadow Tower. 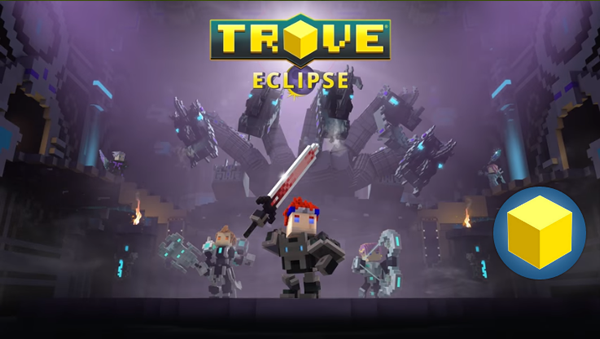 The Shadow Hydrakken is a massive, five-headed serpent that comes to the Shadow Tower to chew bubblegum and destroy the hopes of all Trovian kind... and he’s all out of bubble gum. The dastardly Darknik Dreadnought is unlike anything you’ve ever faced in Trove. This unfathomably fierce foe will challenge your team like never before. Bring all your cunning, guile, and health pots because this Dreadnought will not go gentle into that good night! Defeat them and the Daughter of the Moon to earn all new rewards, including the coveted Moonsilver costumes.

To against the power of shadow, the light reveal new sources of tremendous power to aid in fight.

Are you ready for the Eclipse? Grasp time for the rewards! In addition, Trion World is going to introduce an anti-leeching system, a new way to quickly build iconic trove structures, add a new tutorial, and even a new biome. Stay tuned in the rest of 2017! More Trove news focus on here!