Unlike most MMO's, Final Fantasy XIV forces you to do group content/dungeons in order to progress the storyline. Some gamers think that Final Fantasy XIV is one of the best and most rewarding MMO's out there, what's more, in late game, it does have some grindy elements. The game basically took the good bits that made Final Fantasy unique. 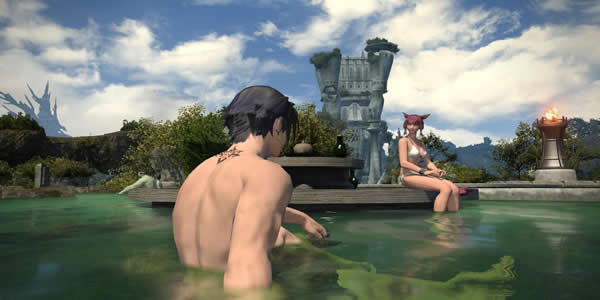 Classes are quite distinct which is refreshing. The game has level sync mechanics, which means you will always find players to run the low-level dungeons with you. Their level will get synced down to yours, and they'll get something out of it such as Final Fantasy XIV Gil for helping you out with your storyline quest. The game is fun and casual, the community is fairly kind since it doesn't put players against each other.

The free trial lets you do a good portion of the main story when the story picks up, fight bosses and do some pretty good dungeons. Also you can get any class up to level 35, if you want to grind a bit. Depending on your class, finding a group can range from a few seconds (when you're heal or tank) to several minutes (when you're a DPS class).

In Final Fantasy XIV, the story is actually pretty good, the different jobs play well. It's not hyperbole to say that the game is definitely the best-feeling, prettiest, most gripping MMO. Final Fantasy XIV is designed around getting you to level 50 and then using gear as its primary form of progression. Initially, the game launched with 16 dungeons up to and including level 50, but over the course of five major content patches added an additional 15 at the level cap. FFXIV4GIL is responsible for offering more new update and gudes, tips, news, let's visit official website right now.