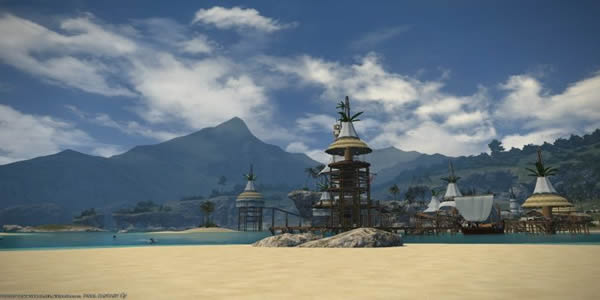 Stormblood's changes to the way resurrection works, deaths aren’t that bad. Sure, res sickness hits DPS hard, but there’s no longer the same penalty to max HP, and no mechanics where bosses power up on deaths. If you’re speedrunning raids, then yeah, resurrection doesn’t matter, but if you’re trying to kill bosses for the first time, it’s a great tool to have.

In Final Fantasy XIV, the game itself brought in two jobs and new areas to explore. Even if adding a lot of new features, including missions, raids and challenges, these promise a real gaming challenge. With a regular addition of high-difficulty missions, Square Enix is pushing its hardcore players to always stay on the lookout.

On the occasion of the Deathfires, the Eorzean adventurers will be able to participate in a whole new series of quests, including the one that will lead them to Ultros and its uncontrollable tentacles. Those who come out winners will be able to get special items to celebrate the event, such as a new "Deathfire" version of an already popular set of equipment.

Final Fantasy XIV: The Samurai Is A Melee Focused Job

Final Fantasy XIV, along with a whole game's worth of story content, a level cap raise, new dungeons, the new Red Mage job, swimming, new raid, and so much more. When it comes to the one of the most wanted parts of the Stormblood, we first think of the Samurai. Now, let's we introduces the lore behind the job, its function in a fight, and more.