Final Fantasy XIV: The Samurai Is A Melee Focused Job

Final Fantasy XIV, along with a whole game's worth of story content, a level cap raise, new dungeons, the new Red Mage job, swimming, new raid, and so much more. When it comes to the one of the most wanted parts of the Stormblood, we first think of the Samurai. Now, let's we introduces the lore behind the job, its function in a fight, and more. 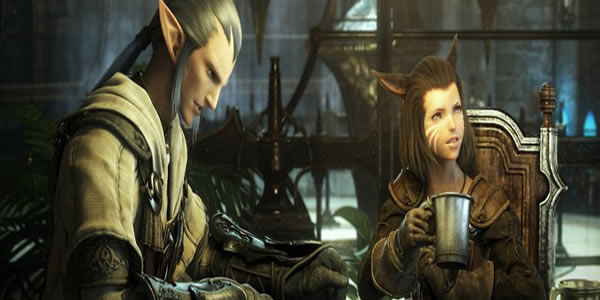 The Samurai is a melee focused job, its primary stat being STR. He’s known as “The Protector of the Peace”, and focuses on big hits over tons of smaller ones like say, the Monk. The main mechanic of the Samurai is to build up energy through his more straightforward attacks, and then unleashing said energy with large finishers for incredibly high damage numbers.

In the distant past, the realm's great lords vied for supremacy over its sea-girt confines in a long and bloody conflict. And taking to battle in their lieges' names were noble swordsmen whose art was forged in the crucible of war: the samurai. Eventually, the nation was unified under one banner, and these warriors came to wield their katana not upon fields as part of an army, but upon streets as protectors of the peace.

More latest update in Final Fantasy XIV need to continue be focused, if you have more questions, stay tuned FFXIV4GIL. New videos, guides, tips and comment, view more at here. From what I know, while you’ll need Stormblood to learn jobs, you won’t need to have progressed to the expansion areas.