Final Fantasy XIV: Each Expansion Is A Full Game In Itself

Obviously, even if the original Final Fantasy XIV failed, but fortunately, it finally came back as A Realm Reborn and became a charming and unparalleled gameplay. With release of the expansion Stormblood, the game is more playable, entertaining. In Final Fantasy XIV, characters and environments are detailed and vibrant and the music is incredible. 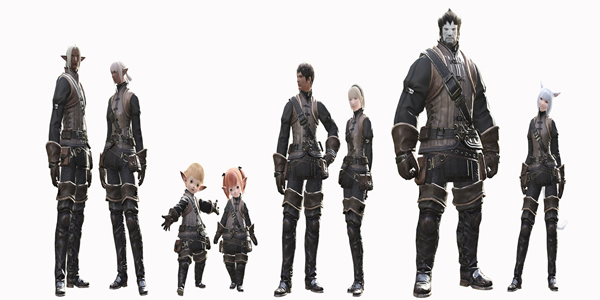 Undoubtedly, the game is one of the best experiences for the series in recent years. The recent expansion, Stormblood, takes a more grounded approach to its story and migrates to the Asian-themed country of Doma, currently under the influence of the Garlean Empire. If you open the new expansion with Rhalgr the destroyer and his storm of blood, then you encounter Zenos, Yotsuyu, and Fordola.

Yotsuyu and Fordola are desperate, angry creatures who echo who you were in Heavensward. Both have been pushed to extremes thanks to their circumstances and have become bitter because of it. Bitter and incredibly determined. But your true foil in Stormblood is neither lackey. No, your true counterpart is Zenos yae Galvus, Imperial Viceroy of Ala Mhigo and conqueror of Doma.

Stormblood, however, has an extremely high barrier to entry, a barrier to entry that is hampered down by the story content that proceeds it. Each expansion is a full game in itself. For those who were dedicated enough to stick to the game from the beginning, they should be more than prepared to tackle the new content with ease. Continue reading to find out more.